A DVD collaged with found trash and stenciled with deStijl lines in red & yellow. Started while sitting at Starbucks Park Place in Pinellas Park, Florida on 1/23/16 & completed (the spray paint at home) on 4/19/2016. 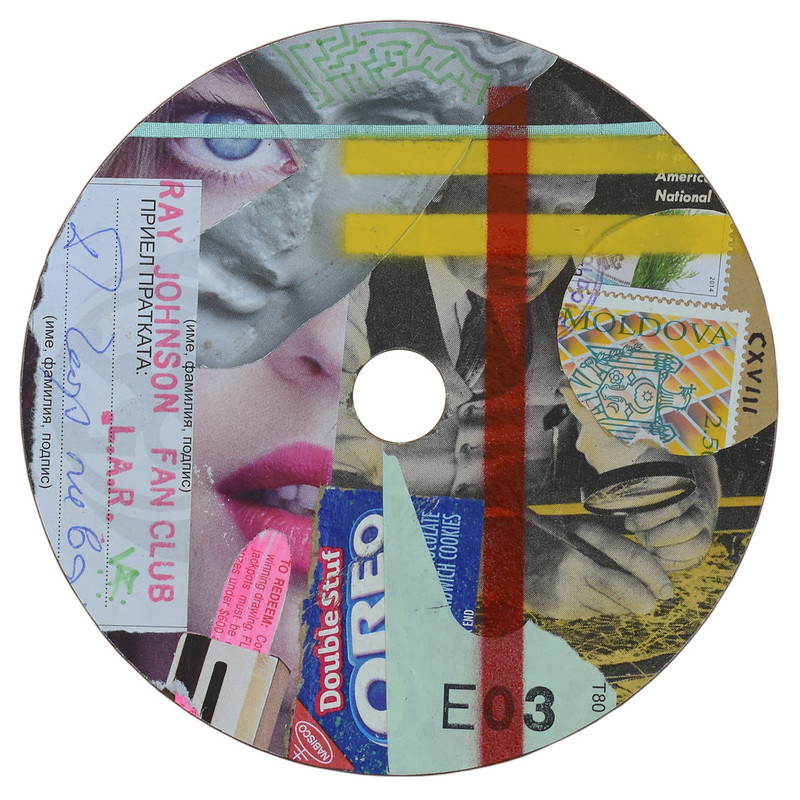 Sent (along with CXII) to
Brooklyn for exhibition:
“Works of Art” at Bushwick Spray Paint Shop on 4/30/16
1009 Broadway, Bell 203, Brooklyn, NY
Then left on the streets of Brooklyn after the show.

It was made while sitting at “Le temps d’un café” in Mons, Belgium and later mailed off to a fan in New York.

UPDATE: This sticker #37, was sent to a fan in New York who posted it up 8/8/13 on the streets of SoHo NYC at the intersection of Crosby and Jersey Streets.