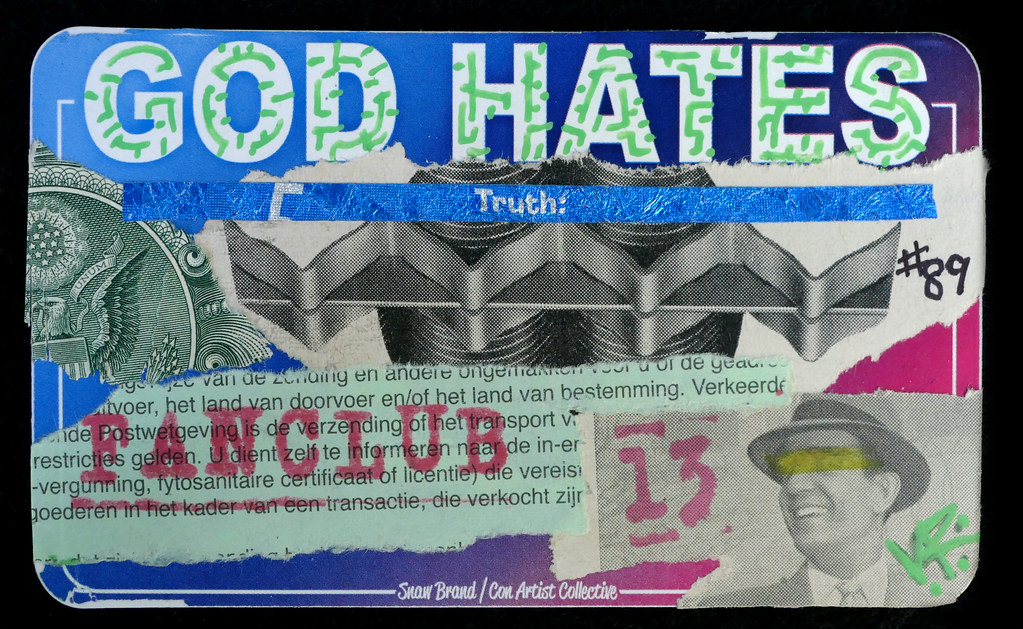 this street sticker was made with trash from the streets on a “GOD HATES” sticker (similar to a Hello My Name Is Sticker) I got in a cool pack of blanks from Con Artist Collective.

It was completed on 3/15/17 while sitting at the Starbucks on Belcher at SR60 in Clearwater, FL. 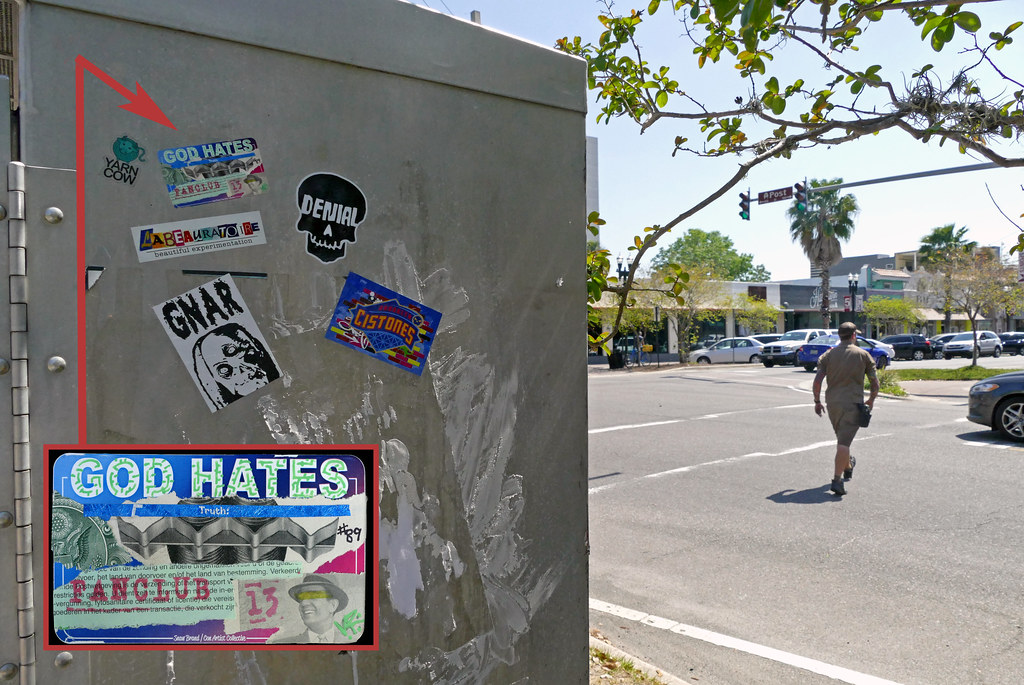 I stuck it up in a small Labeauratoire Sticker Bomb on an electrical box at the intersection of Post Street & Park Street in Jacksonville, Florida on 3/22/17.

Relationship IV “Million Sellers”, a photo by LANCEPHOTO on Flickr.

Via Flickr:
Relationship IV “Million Sellers”
Completed and left on 6/10/2010.
Left in the Five Points district of Jacksonville, Florida – USA. (see below)

See where it was left in Jacksonville, Florida: