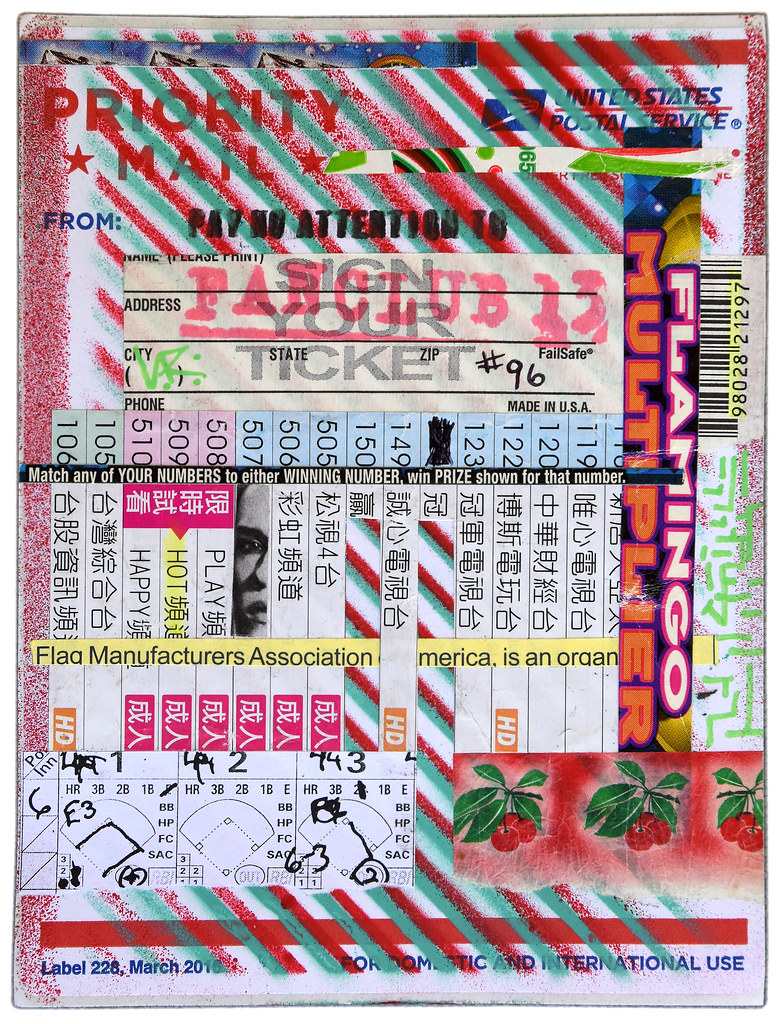 Ray Johnson Fan Club Stickers #28 & 28 were both completed 5/3/2013 using trash found on the streets of London. I made them while sitting at Starbucks in Victoria Station.

I posted #28 the same day on a bus shelter advertisement in London, England, along Buckingham Palace Road between Victoria Station and Victoria Coach Station.

RJFC Sticker #29 was also left the same day the same day on a No Public Urinating sign just outside Victoria Coach Station in London, England.

Do you LIKE me? www.facebook.com/rayjohnsonfanclub
USING TRASH OFF THE STREETS TO MAKE ART ON THE STREETS.
I use only trash and found items to collage these handmade, signed & numbered stickers. They are made to compliment my larger works which in which I use trashy paperback book covers, record & magazine covers, CDs, posters, postcards and other mass-produced media as a base for my hand-cut & paste collages, which I usually leave out on the streets for anyone to enjoy (or destroy.)

See all my stickers here!

Via Flickr:
Relationship XXXVII “CHARLIE don’t SHOCK” was completed and posted up on 5/20/2012 in the Notting Hill area of London, England on a chip-board barrier around some construction scaffolding at the United House on Notting Hill Gate near the intersection of Pembridge Road.
see where it was left in London: