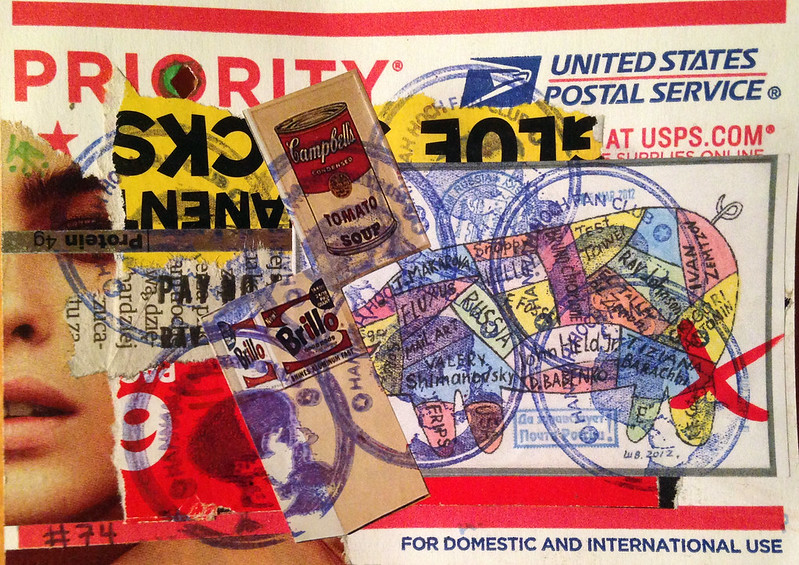 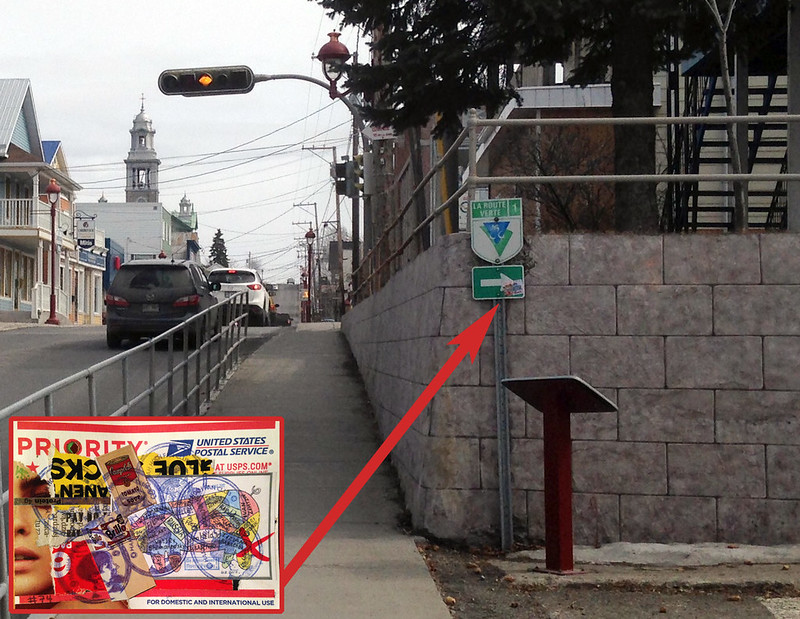 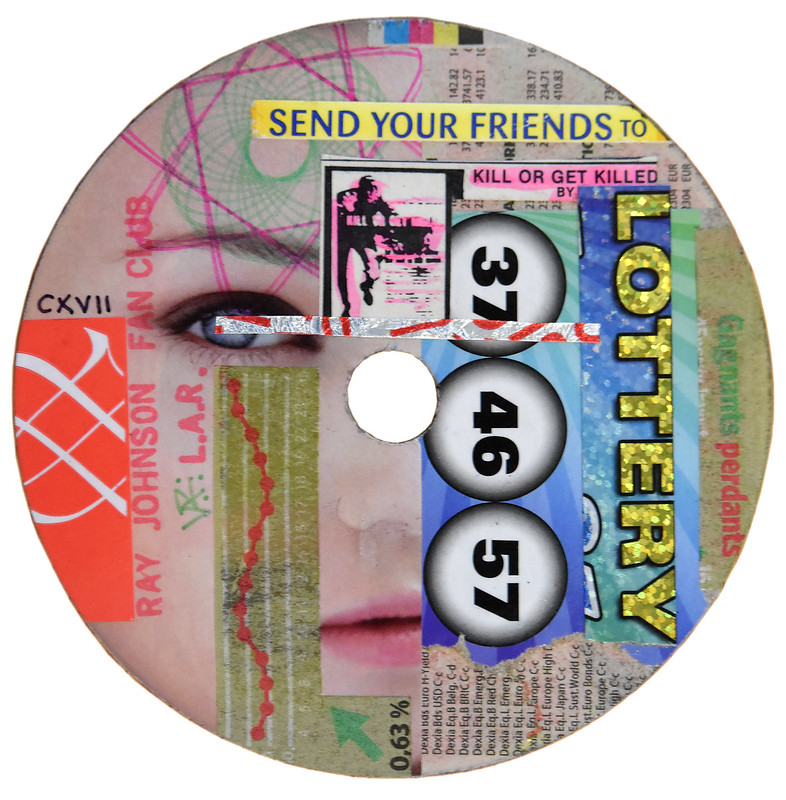 This was completed on 1/20/16 on a used DVD while sitting at Starbucks on 4th Street in St. Petersburg, FL.
(double sided) 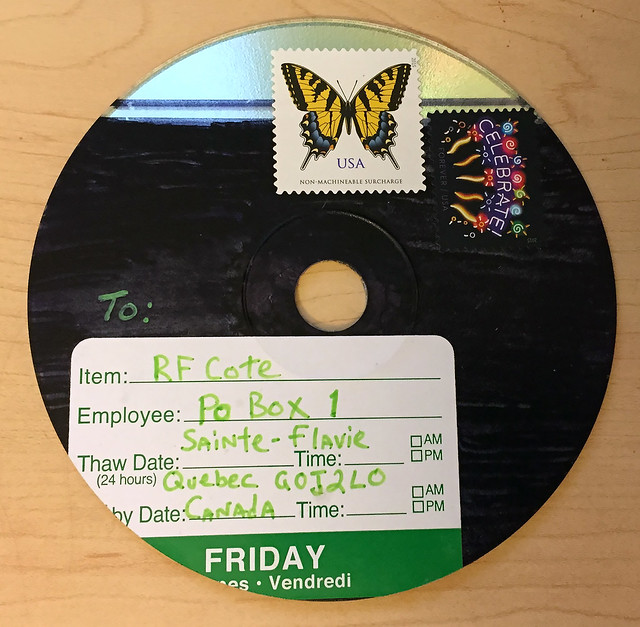 It was sent to fellow collage & mail artist RF Côté in Quebec, Canada around 2/10/16. (the mailing label is actually a Dunkin Donuts “sell by” sticker. I swiped a long strip of them off the counter one day while buying donuts.)
This was the first time I tried to send one of my DVD collages through the mail with just a stamp on it. When I first took it to the post office they wanted to charge me like $14 to send it in an envelope because it was “non bendable”. So I just bought the stamps that it would cost for the weight of a letter and dropped it in a mailbox. It got there just fine! Need to do more of these. 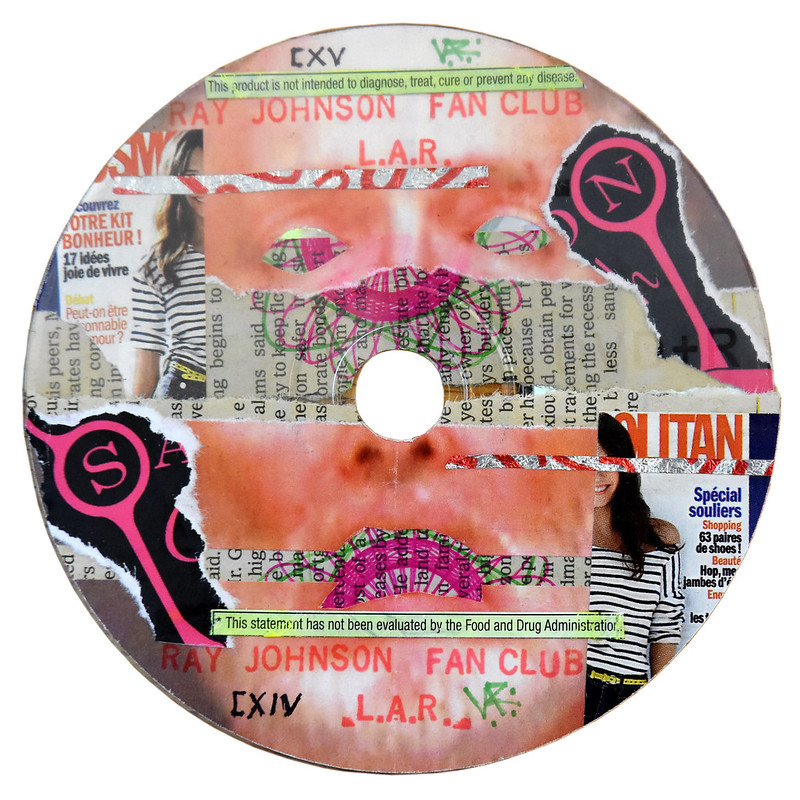 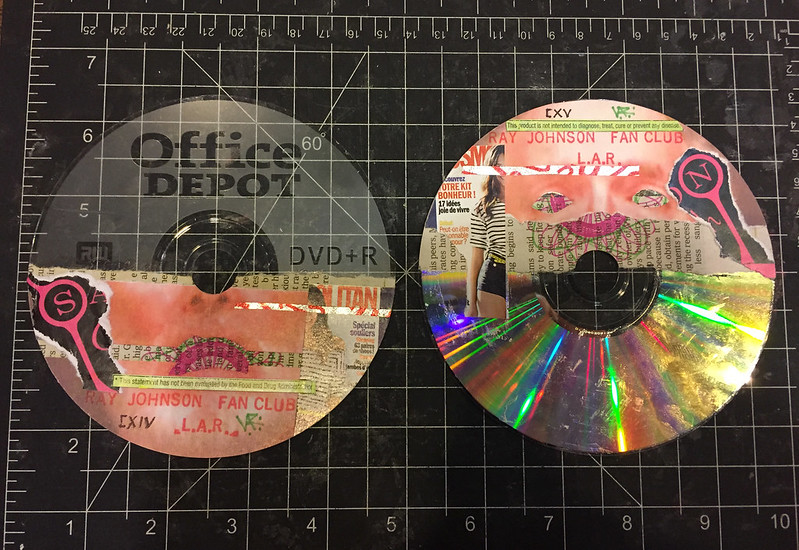 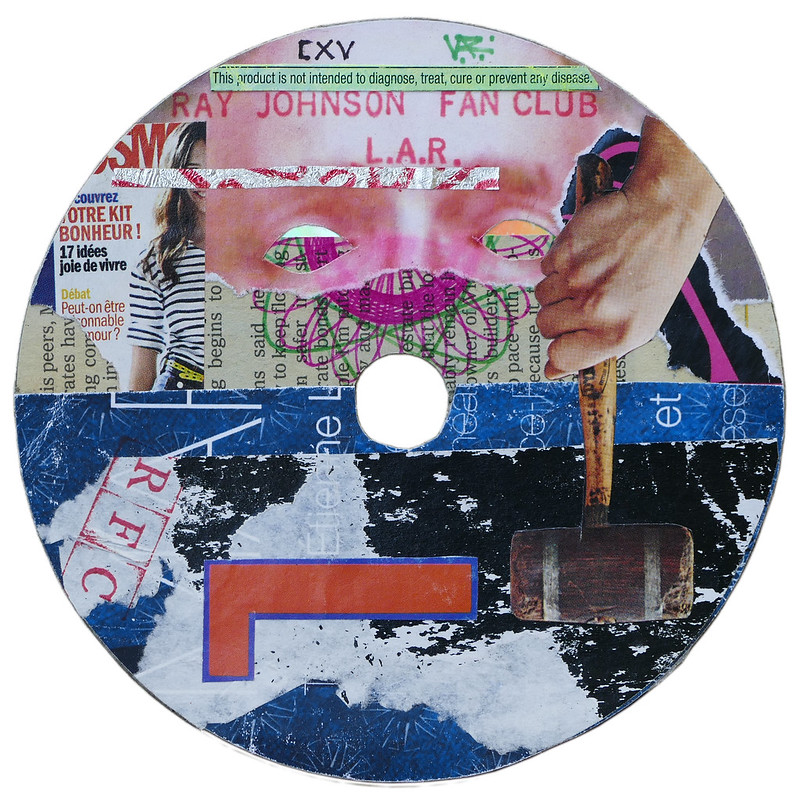 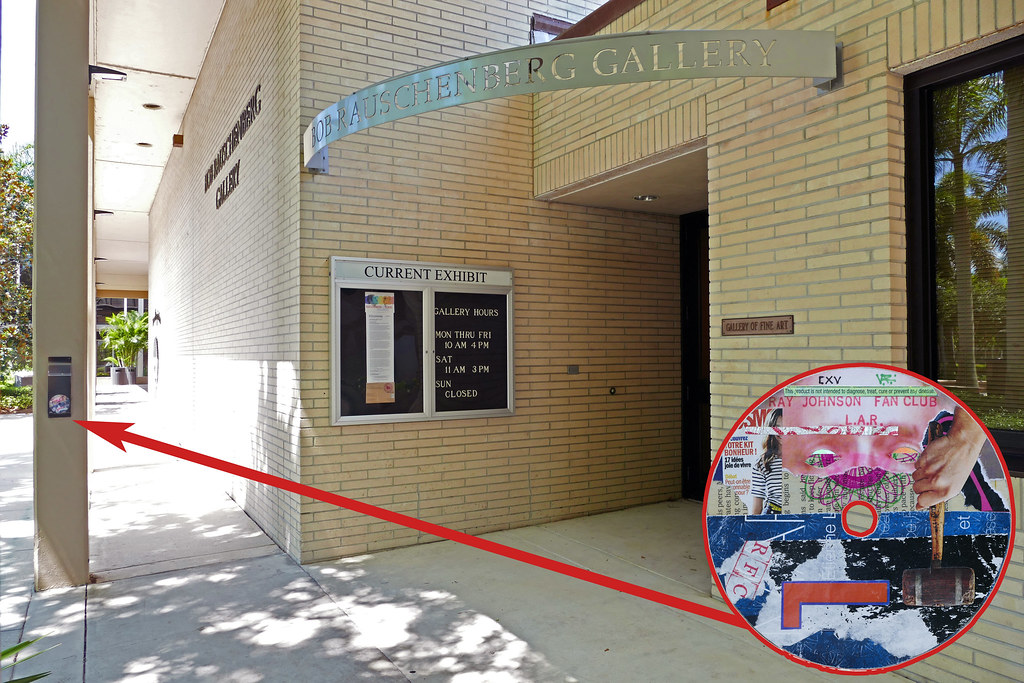