Completed on 12/18/15 using a blue Hello My Name Is sticker, while sitting at Starbucks on S. Dale Mabry near Kennedy Blvd. in Tampa. 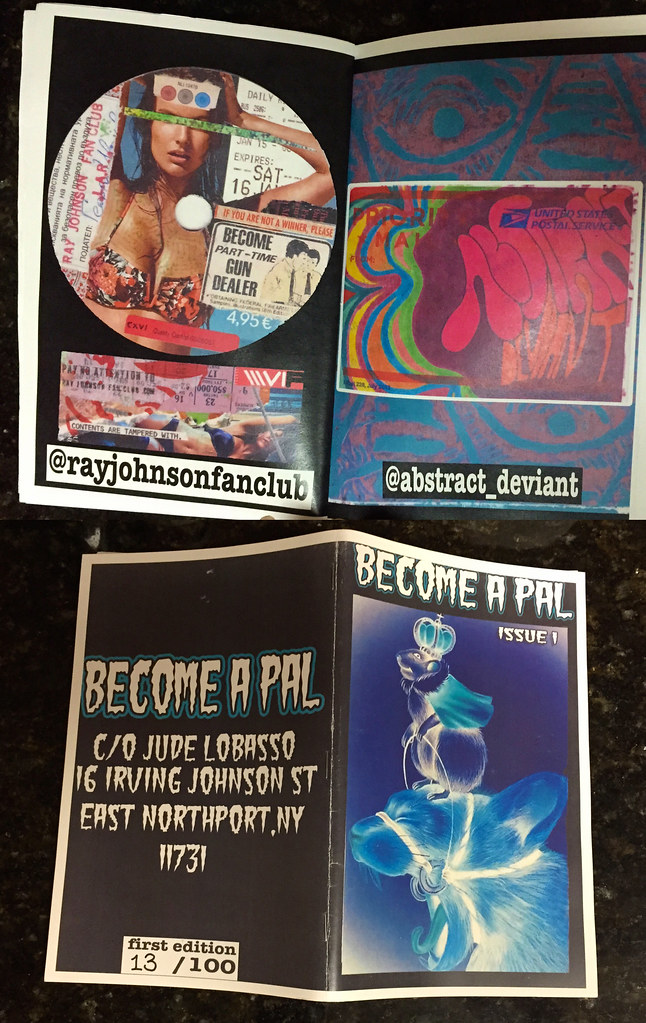 RJFC sticker # 64 was completed on 12/4/15 while sitting at a Wendy’s restaurant in Seffner, FL. It’s collaged trash on a CD label measuring about 120mm across.

This sticker was stuck to a parking sign on 5/12/16 in St. Pete, Florida just outside the Morean Arts Center parking lot on 8th Street North.

RJFC sticker # 63 was completed on 12/2/15 while sitting at Starbucks in Safety Harbor. It’s collaged trash on a CD label measuring about 120mm across. 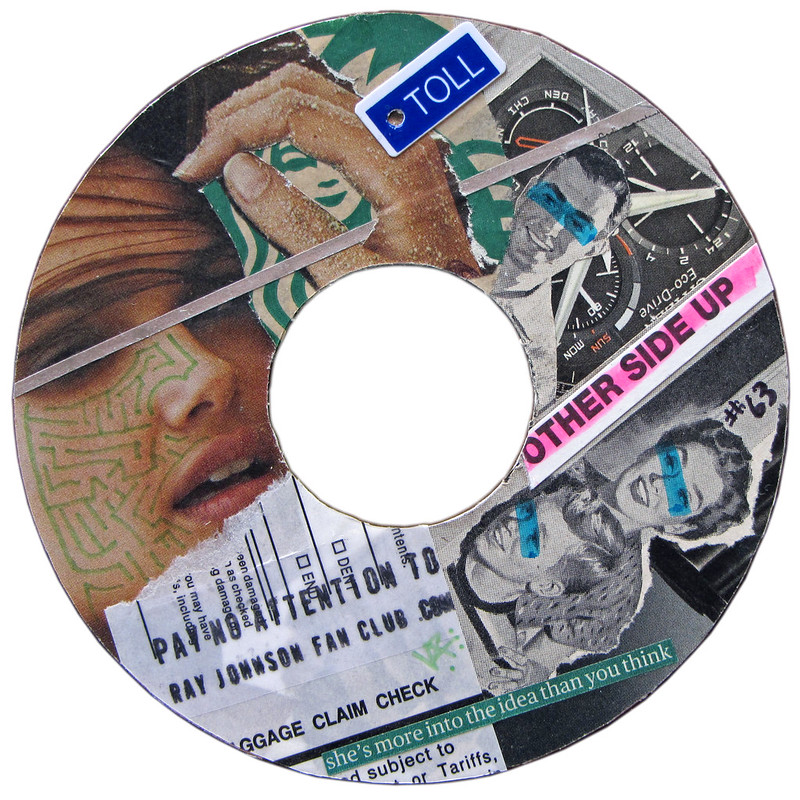 This sticker was stuck to the back of a bus stop bench on 1/9/16 just near the Cass Contemporary art gallery on South MacDill Ave & West Granada Street.

Sticker # 62 was completed on December 1, 2015 while sitting at Starbucks at SR60 & Belcher in Clearwater. These rectangular stickers measure about 45mm x 118mm.

This sticker was left on an electrical box behind a bus stop on in Orlando, Florida, while I was there on a day-trip on 1/19/16. This was on Round Lake Road near the intersection of International Drive in front of a Walgreens, beside the Cooper’s Hawk Winery & Restaurant where I’d met an old friend.